The story of our new book

The story of our new book

In case you missed it in last week’s Global Connections, last month Gayle and I were very pleased to introduce our new book, Working with Emotional Health and the Enneagram, to the world.

At the recent International Enneagram Association China conference in Hong Kong – our first chance to share our book – Jerry Wagner asked me how long it had taken to write it. After a few moments thought I replied, ’20 years’. Which is really the truth.

It is almost exactly 20 years since the concept of the emotional health levels was born. This book is a culmination of our experience in the application of that concept in conjunction with the Enneagram over that period.

It was back in 1997 that I first came across the Enneagram. Over the next two years I read everything I could find about it (probably too much, reflecting my own Enneagram type!) and we started using it in some of our work.

What eventually inspired me most in my reading, in around 1999, were what Don Riso and Russ Hudson described at the time as the ‘levels of psychological development’. I could see benefits in leading with this concept in our work with businesses, supported by the Enneagram.

While the work we were doing was always well received, we started to get feedback that not everyone was entirely comfortable with the extent of the psychological focus. In particular, some perceived a negative tone in the focus on ‘faults’ or ‘weaknesses’ – traits that needed to be overcome – that sat underneath much of this psychology. 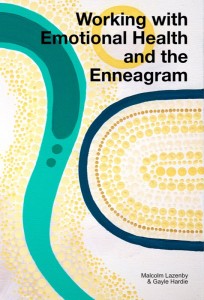 We further developed our approach to make it more relevant in a business context, to emphasise vertical development and to bring in some of the more positive spiritual elements, such as the centres of intelligence and presence and the ‘gifts’ of each Enneagram type. The emotional health levels evolved from this work and our model of the levels has remained largely unchanged over the past two decades.

Emotional health levels became the lens through which we approached our work, whether with individuals, leaders and their organisations or even communities, and it has remained so ever since. The way we use the Enneagram is very much led by this perspective as well, as the book demonstrates.

Our hope is that this book can introduce our work to a wider audience and make it more accessible to the many people who have asked us to write something on this over the years!

Working with Emotional Health and the Enneagram is now available in paperback and as an ebook. Order your copy in our online store or from major online retailers including Amazon, Booktopia and Book Depository.

The image featured in this post and on the book cover is a wonderful painting made especially for us by Indigenous artist Patrice Muthaymiles Mahoney – a dear friend and colleague and an alumnus of the Gippsland Community Leadership Program in Victoria, Australia.

About the Author: Malcolm Lazenby